Design Brief
All of the renovations had been completed on the house, now it was time to make the entrance to it more welcoming.

An L-shaped raised sleeper border contained most of the sub-soil from the driveway excavations and the only sign of life contained within it were from the weeds. The sub-soil, along with the weeds were removed and subsequently replaced with top soil in readiness for the planting. 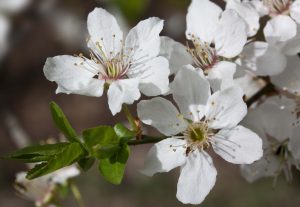 The Solution
In order to provide structural interest, 3 Prunus ‘Snow Goose’ were planted along with evergreen shrubs such as Ceanothus, Choisya and Viburnum tinus which provided a backbone to the borders. A variety of perennials and bulbs complemented this planting and extended the season of interest. 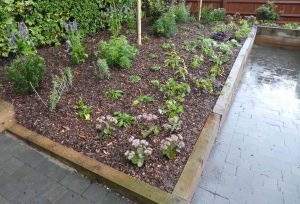 Torrential rain towards the end of the planting meant that few photos were taken. 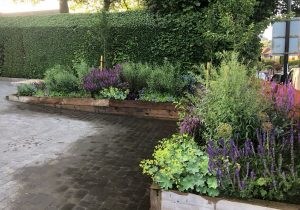 Borders in June this year

Following a harsh spring with the ‘Beast from the East’, planting has filled out and the borders have been transformed.

Testimonial from the client 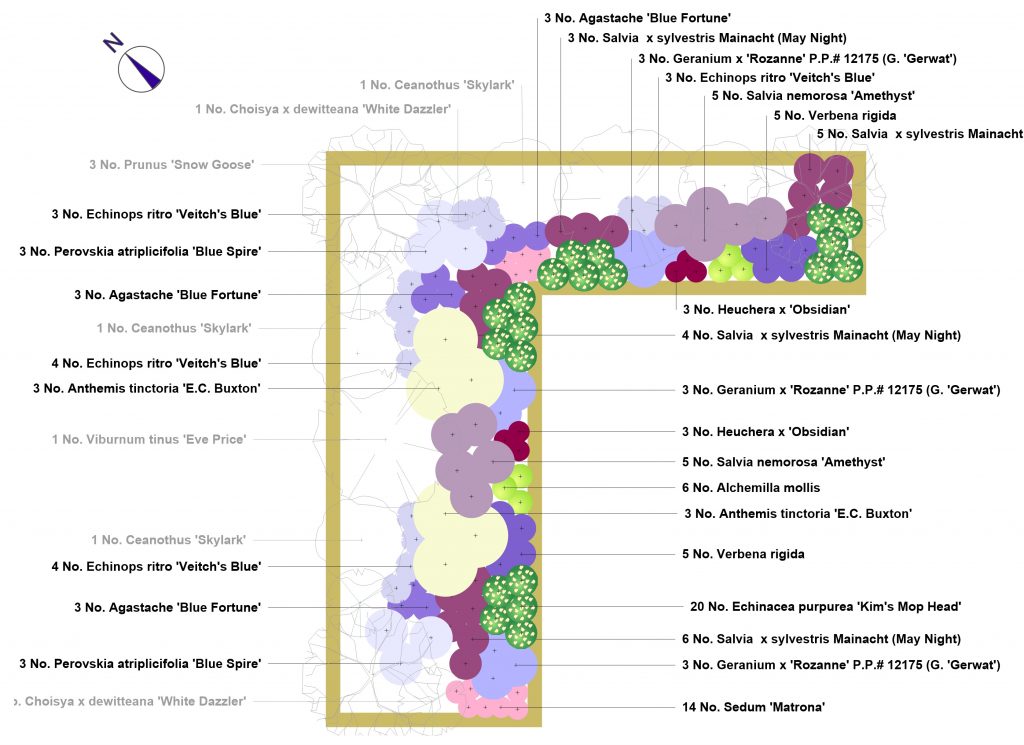